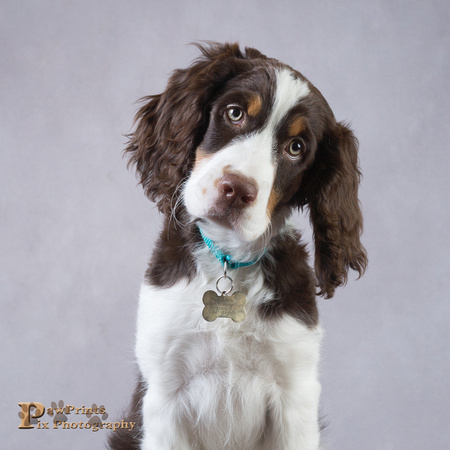 Can you say AHHHHH?   Cooper is just 3 1/2 months old and is oh so sweet.   He was in for his puppy photos with his humans.   Curious but very shy he wondered around to check out the studio while the humans talked but never strayed too far from mom. He's still trying to figure out what to do with a tennis ball but after a few minutes decided to claim it as his own.   We even had him bouncing around going after the ball.   He's starting to discover the spring part of his inner spaniel. 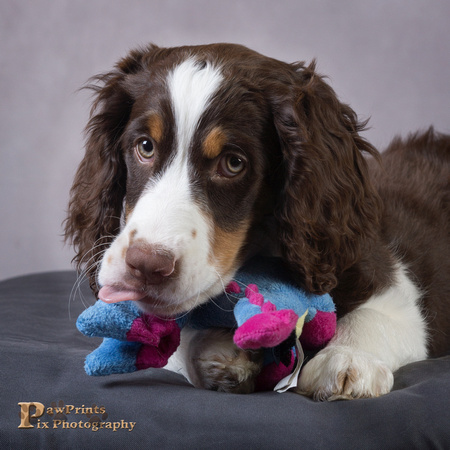 His favorite by far, though, was the squeaky!   Here he was trying to say it was his and he's keeping it! Cooper is a gentle soul.   Every time I sat down on the floor to get some shots down really low he would come to sit in my lap and give me doggy kisses.    I look forward to seeing this handsome guy grow into full dog-hood.