When I think of vintage - I think of old "stuff"; clothes, furniture, cars....

To me, vintage photos are images with very faded colors on scratched, folded and sometimes torn photo paper.   I have a lot of these from when I was first learning to take snapshots with a Kodak 126 instamatic.   Most of these really early shots are black & white and some of have holes punched in them.    I'll never know why the photo lab used a hole punch on my photos but .... there you go.    Later photos, from when I graduated to color, are now all faded to yellows, orange and some blues.

In talking with Jaye about this challenge she suggested using the Hoosier as the stage.   A Hoosier is a piece of kitchen furniture.   Before the era of built-in cabinets and counters a Hoosier was used to store stuff and as a counter top of preparing food. 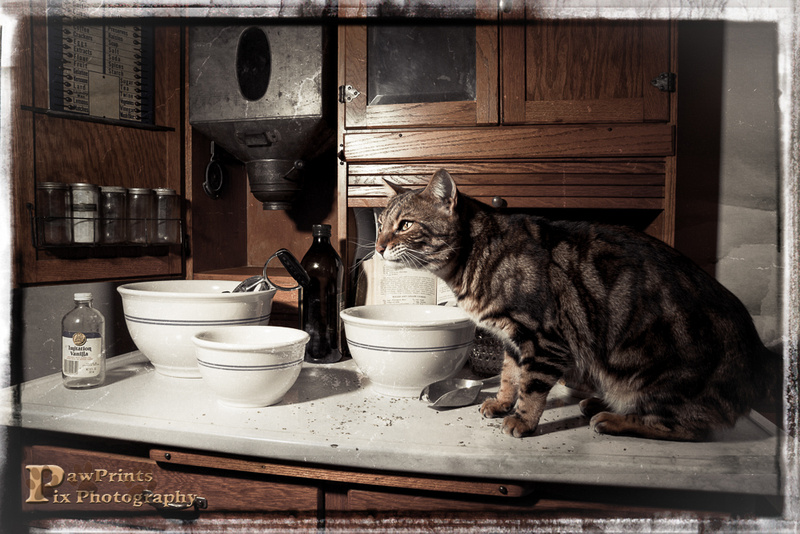 Of course after I set this scene my model didn't really want to participate so I added a bit of catnip to the recipe.     When I originally set this up I was thinking of shooting from a higher angle so I had put some flour in the bowl.   Zazu took a big whiff of the stuff in the bowl and got a nose full of flour.   Poor guy sneezed for 4 or 5 minutes.

I probably should have faded these out more but I kind of like the tone. 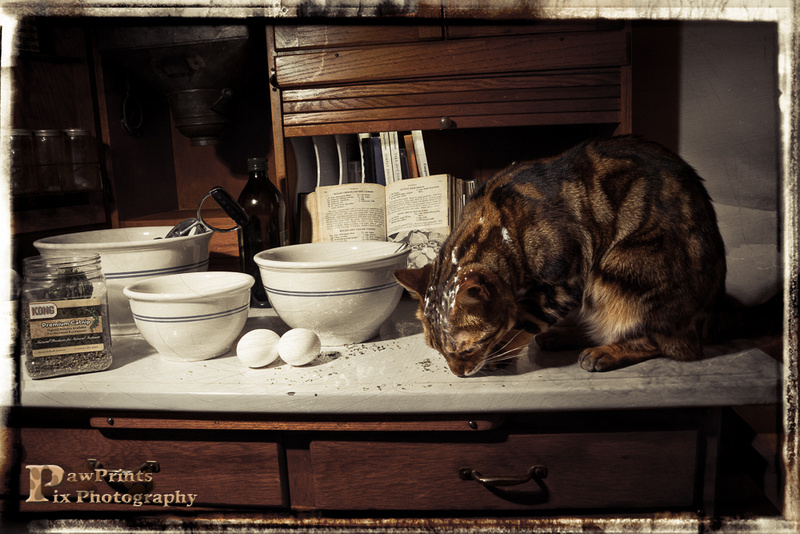