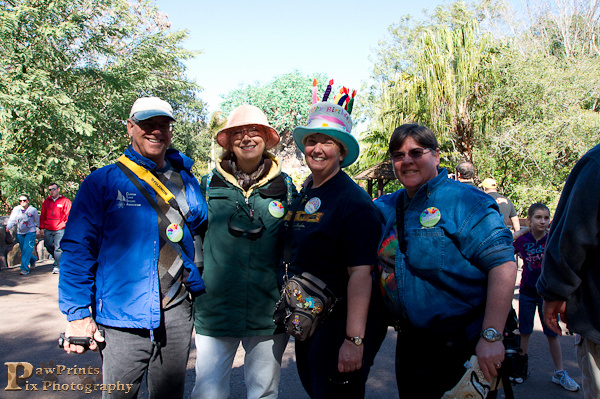 Family & the Mouse on the Wild Side

Jolie and Mike joined us the afternoon before Jaye’s birthday to spend the day with her celebrating.   We started the day at Disney’s Animal Kingdom park.

The Animal Kingdom is a cross between a theme park and a zoo.   There are shows, rides and the star attraction, the animals. 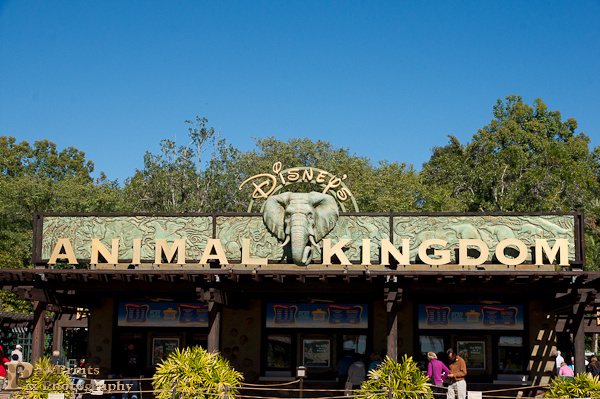 Jaye’s first surprise of the day was her birthday hat.   I saw it when we were at Universal Studios earlier in the week.  Mom distracted her for me while I bought it.  I gave it to her in the morning and no I didn’t MAKE her wear it.

As she walked around the park, people, park cast members and tourists alike, wished her a happy birthday.   At one point (at the Magic Kingdom a couple days later – she wore the hat 2x) a tour group 30+ young adults from somewhere in South America (we think) broke into an impromptu rendition of “Happy Birthday”.   While they were singing everyone else close by just stopped what they were doing and joined in.

We spent the day working our way through the park, catching a few shows, doing some rides and visiting the shops in both “Africa” and “Asia”.

TREE OF LIFE
This massive “tree” is the icon for Animal Kingdom and the theater for the Bug’s Life show.   It’s made of concrete and other materials.  From a distance it really does look like a tree (except that the leaves have a funny color of green these days).   However, when you get up close you find that in the “bark” there 100′s (?) of animals carved into it. 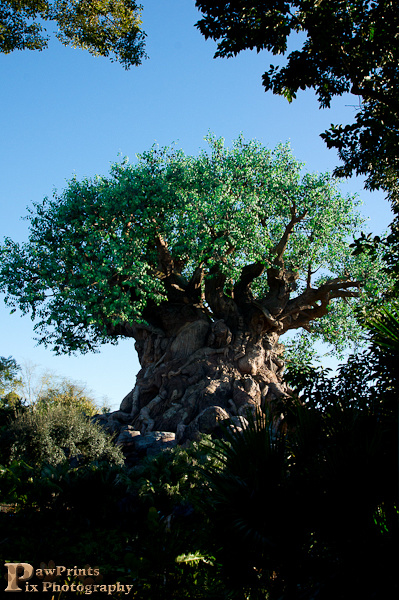 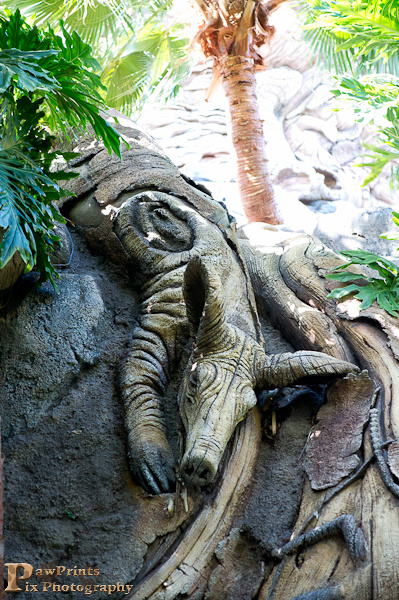 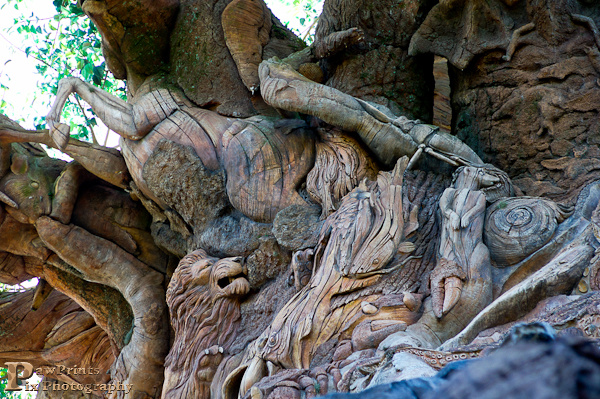 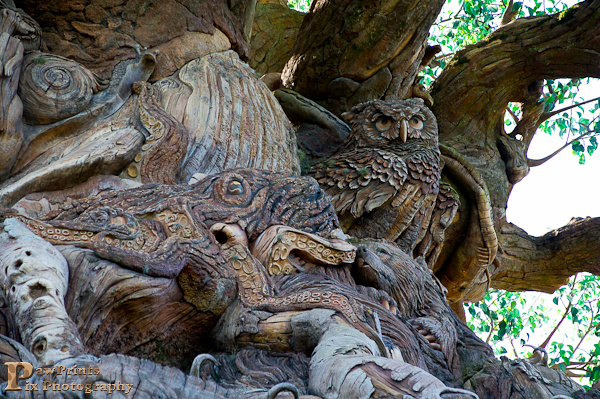 We caught the Bug’s Life show – It’s Tough to be a Bug, Flights of Wonder free flying Bird show and Finding Nemo the Musical - they were all were great.

Jaye and I took a ride on the Expedition Everest rollercoaster while Mike & Jolie walked through the Asian Maharajah Jungle Trek.

Going on Safari
Running out of time we had to choose between the Kilimanjaro Safari or watching the parade.  Since Jolie & Mike had never been to the Animal Kingdom we grabbed our pith hats and went on safari.   On this ride you board a truck with about 30 other guests and ride through the savanna surrounded by free roaming animals.   At least the herbivores are free roaming but the lions, cheetahs and other predators are not.﻿ 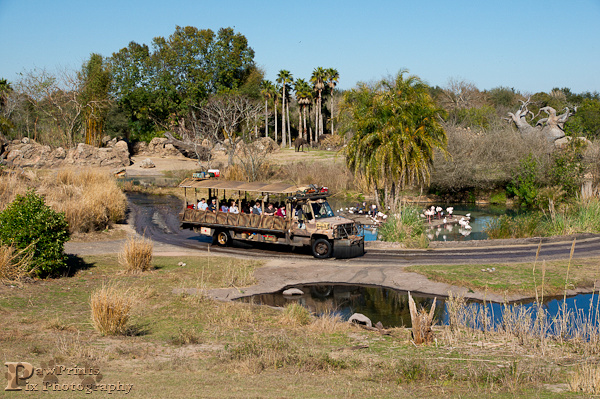 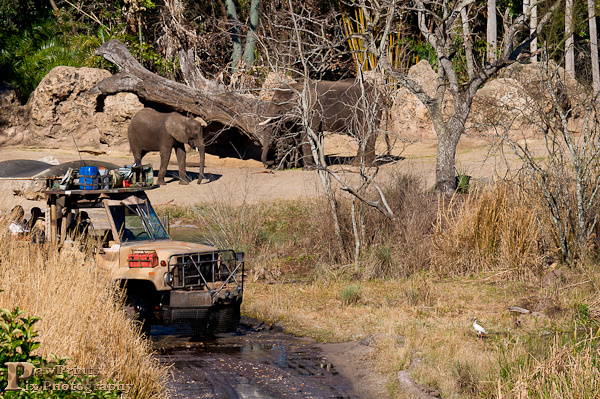 Kouzzina’s by Cat Cora
﻿
After the park closed at 5 we headed out for our dinner reservations at Kouzzina’s by Cat Cora.   This was the big event of the day – the one thing Jaye REALLY wanted to do.   A fan of Cat Cora on the competition show Iron Chef on the food network, when Jaye saw that Cat had opened a restaurant in Orlando she told me that was where she want to spend her 50th birthday.
The fates were good to us that day – they must known it was her special day - Cat was in the house!!!   Our reservations were at 6:30 and Cat was there from 6 – 8.   She was stopping by all the tables but stopped to talk to Jaye twice!   When we saw the sign that she was there Jolie and Mike bought one of her cookbooks for Cat to sign for Jaye.
﻿ 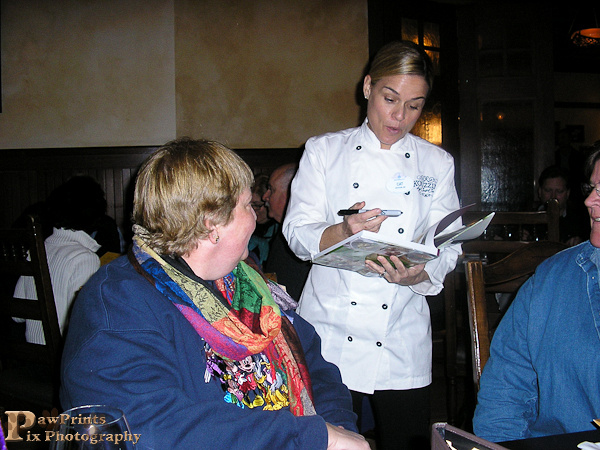 The food was fantastic!  The service was excellent and the restaurant was beautiful!   A great place to go! 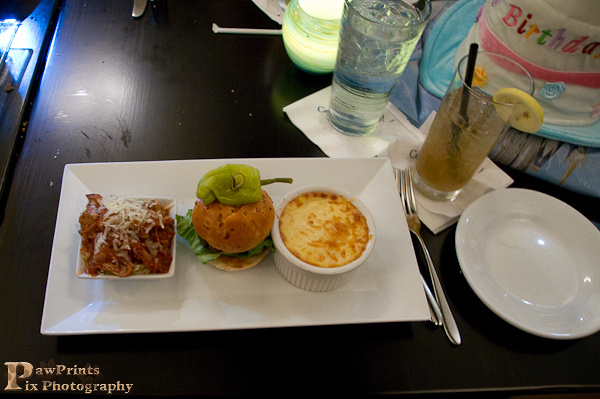 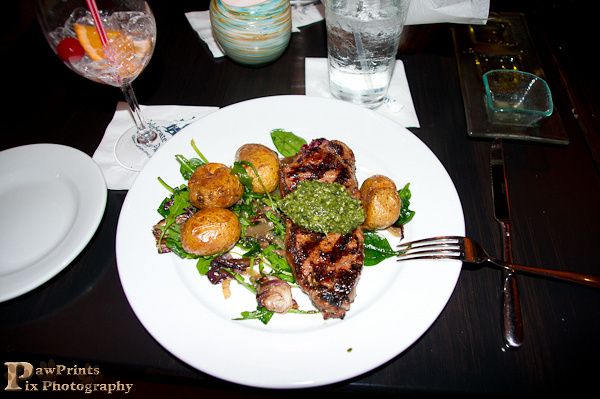 THE CAKE
You can’t have a proper birthday celebration without a cake!    While we could have chosen something wonderful off the menu – I figured we needed to end the day with a very special cake.   Jaye loves Disney and she loves dragons.  Kouzzinas is connected to Disney - all reservations are made through Disney, it’s located on the Disney Boardwalk near one of Disney’s resort hotels AND you can order a cake to be delivered to the restaurant through the Disney cake service.   Yes they really do have a pastry service dedicated to making cakes for all kinds of celebrations.
SOOOOOO 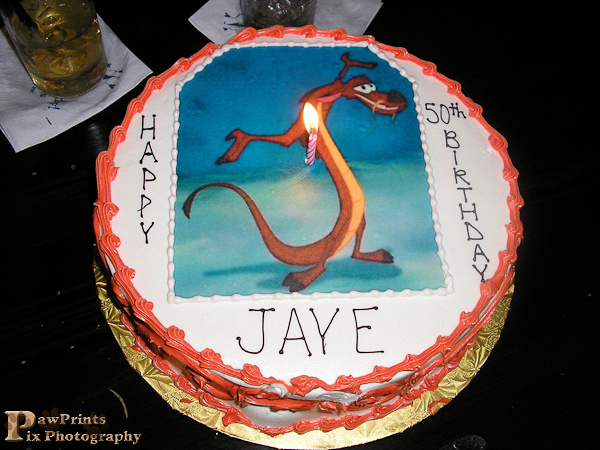 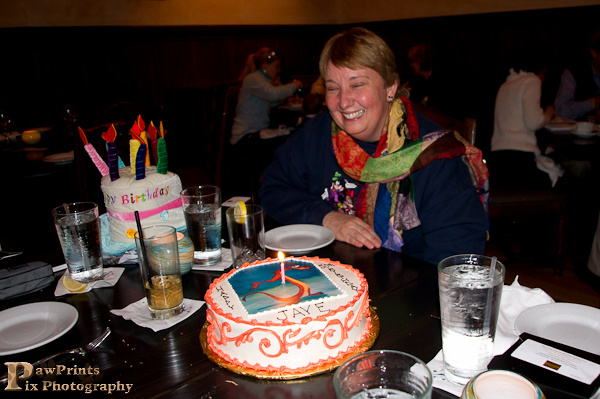 The restaurant gave Jaye a BIG OPA – Happy Birthday!  and although it was large enough to feed a large herd I believe the cake was a hit.   ﻿ 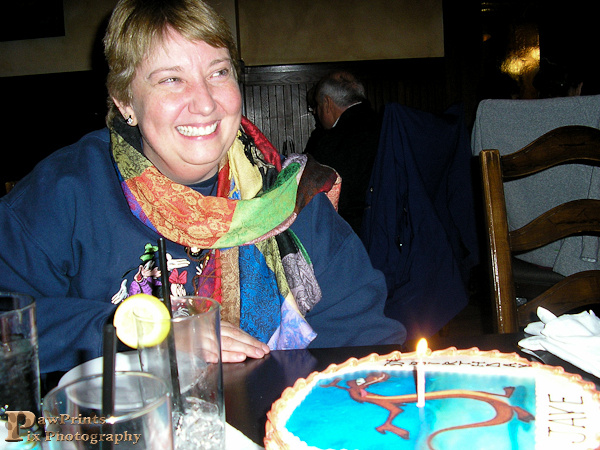