Eagles on the Mississippi

Will finish posting the China series hopefully this week but I wanted to share yesterday’s adventure…. 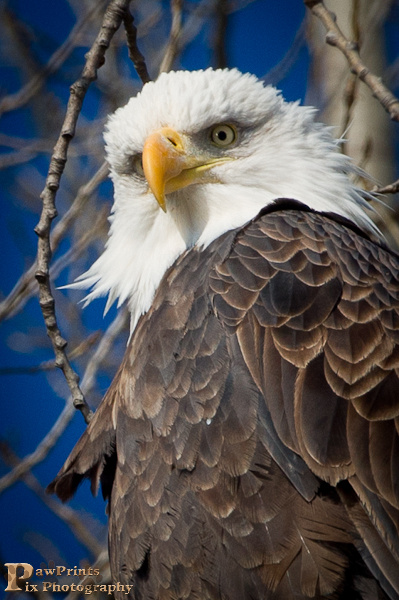 Saturday the Focused Photography club made a trip to the Mississippi near Moline Iowa to try to get some shots of the Eagles that migrate through the area every year. We’d heard that the eagles were starting to show but not many had been spotted the week before. But like many adventurous photographers we took a chance.

The weather was cold but not bitter. The sun was shining with only a few wisps of cloud. AND… the eagles were flying!

All told we think we saw anywhere from 50 to 100 eagles. We may be estimating a bit high but there were so many in the trees, swooping out over the water and flying off in the distance that was our guess.

We shot at a couple of locations just on the Iowa side of the River at and between lock & dam 14 and 15 near Moline. Yesterday lock 14 was the best for getting good shots. By the end of the day there were scores of photographers lined up along the railing near the dam with super long telephoto lens all waiting for the birds to fly. As well as just standing along the edge of the water. 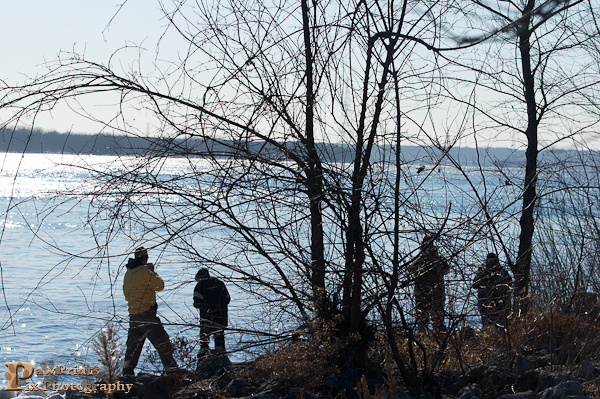 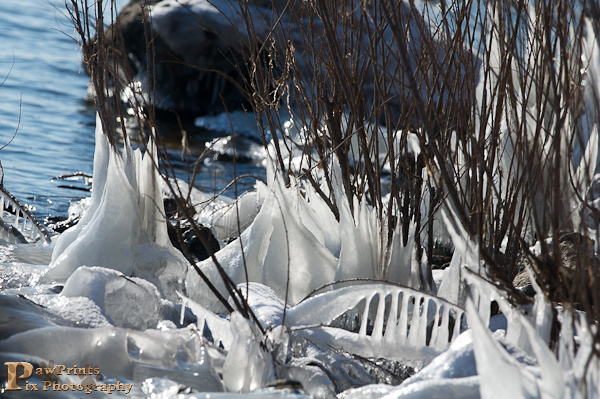 Early in the day we were shooting into the sun. Unfortunately the Illinois side of the river wasn’t a good place to get the shots. Still it was worth it. 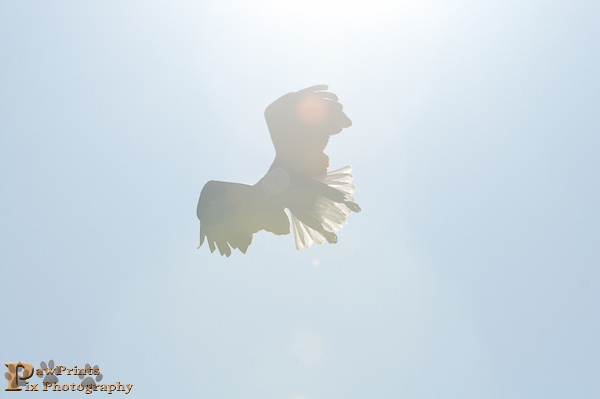 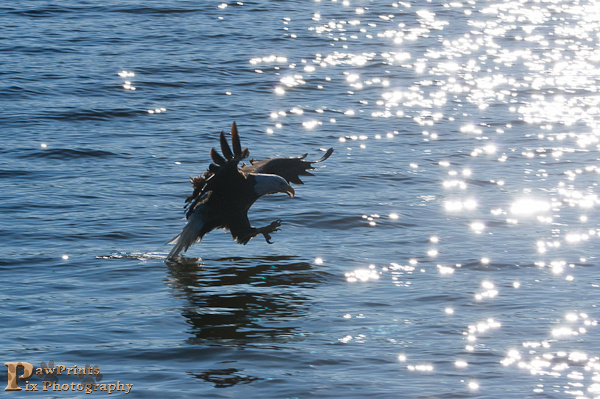 The birds put on a fantastic show of aerial acrobatic flying and showed off their hunting skills. And after bagging the prey it was time to eat. 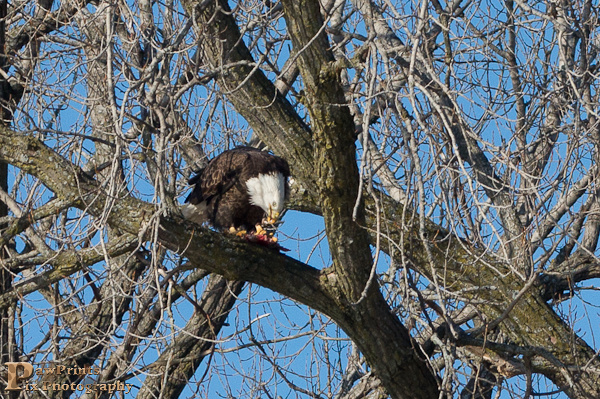 The population of different creatures was amazing. There were the eagles, ducks, geese, gulls and swarms of people (all carrying a camera). The birds ignored the people, other than watching them from high above. 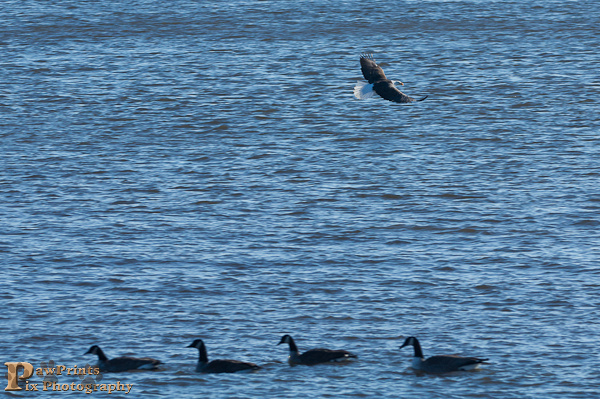 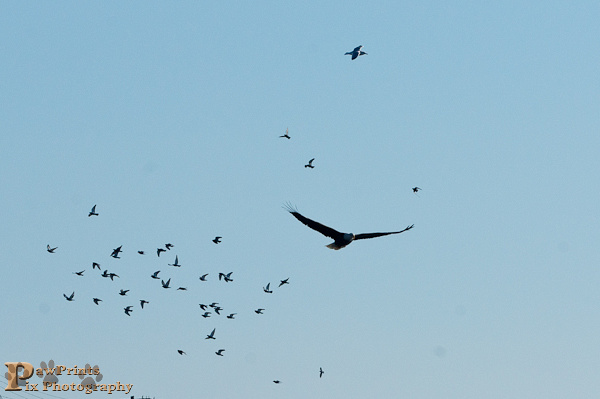 There were adult and juvenile eagles. The young ones don’t have their white head and tail feathers yet. One person thought he might have seen a golden eagle but we weren’t sure – it could have been a juvenile. 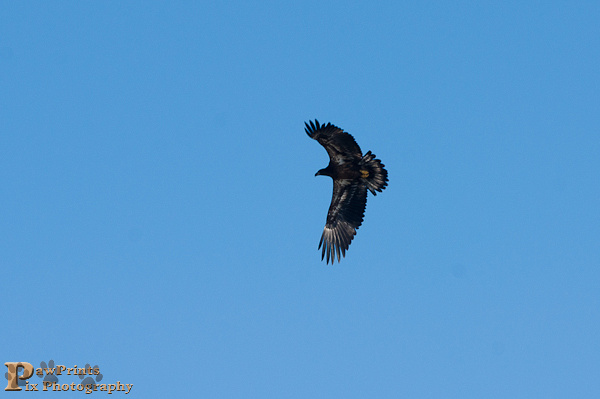 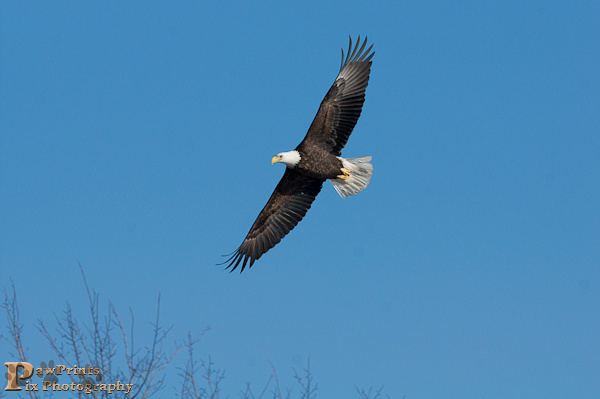 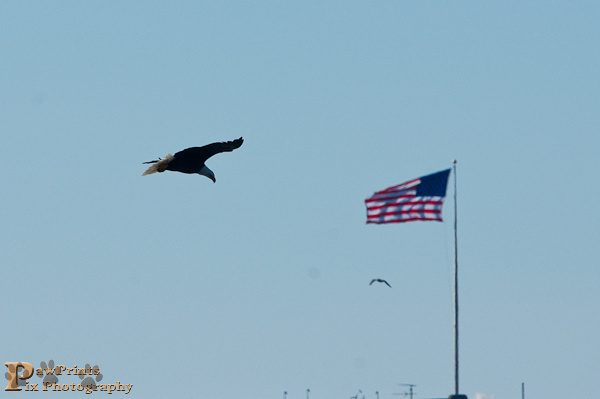 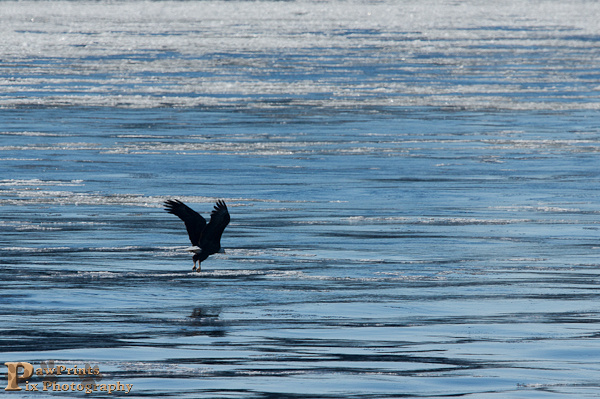 When they weren’t flying, diving and fishing they were hanging out in the trees – all the trees – even the trees lining the parking lot. When we first arrived we noticed 2 adults in the trees along the lot. We all rushed to get out our gear to get the shot before they flew away. “If this was the only shots we got today getting up at 5 am for the 2 hour drive would be well worth it!” 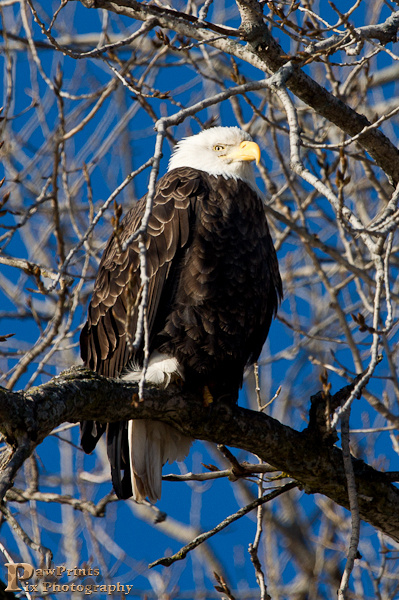 We found it was only the beginning of a wonderful, awe inspiring day! 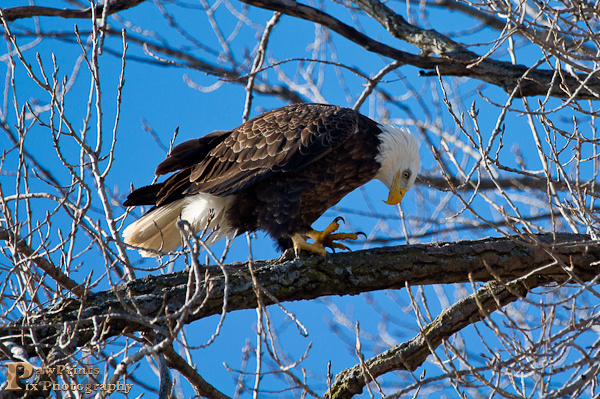 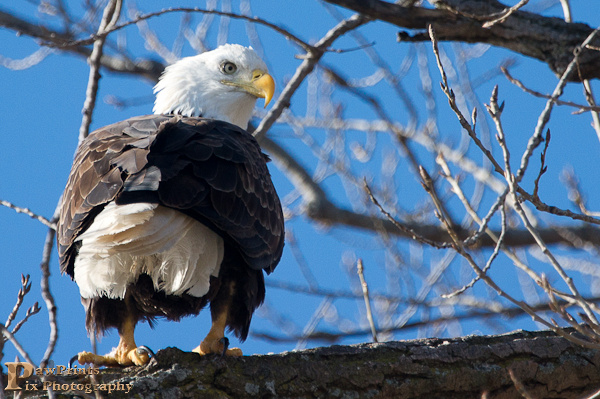 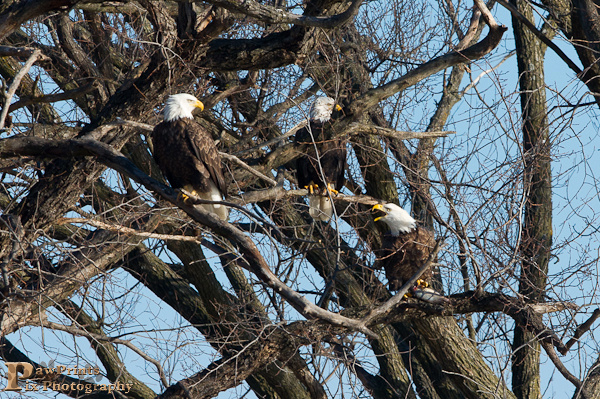 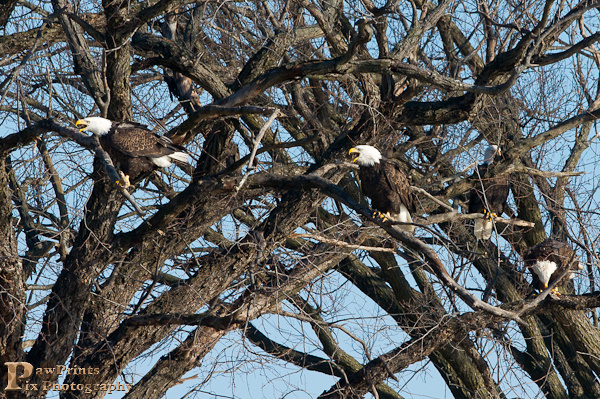 Finishing with one final shot – my favorite of the day 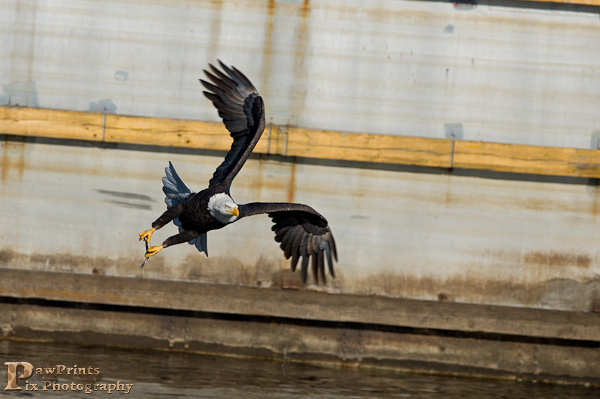