Playing With the Light

While doing these travel photos I spent a lot of time experimenting with different settings and working to try get the best exposure.  I’m no longer relying on the auto setting on my camera.   As with my portrait work I’m using manual or apperature priority mode now.  I had my light meter in addition to the light meter built into my camera and was comparing the reading to see how good the camera meter is.   They were pretty close – as you would expect.  The photos from yesterday and the ones before are the results of my experimentation.

Since yesterday was so rainy today I went back to the Parker River WIldlife Refuge on Plum Island.  As the weather service predicted however the winds were screaming.   It was hard to stand still let alone fly.   The shore birds I’d hoped to photograph today were nowhere to be seen.  The few brave birds I did see were doing kamakaze runs with the wind or struggling mightly against it.   The whole area was a no fly zone today.

So I went back to the pathways, this time in the sun.

This boardwalk heads out to the beach on the Atlantic.  Out on the beach itself the wind was so strong it was picking up the sand – felt like getting hit with a sand blaster.   The long grasses were shimmering in the wind.   It almost looked like waves of green rolling onto the shore.  Would have needed a video camer to capture the full effect.  The still doesn’t do it justice. 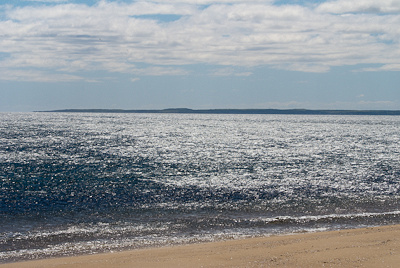 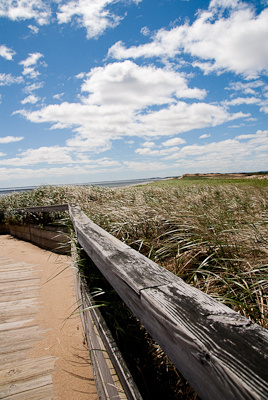 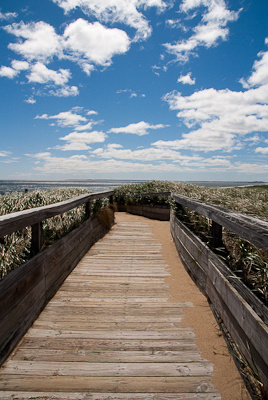 From the beach I went back to the Hellcat observation area.   Not sure what a Hellcat is – did a search and it came up with; a woman, WW II airplane and something about marvel comics.  I expecting something to do with birds but now I’m not sure????

The Hellcat observation area is where I found the boardwalks I’d shot the day before.  Different lighting can make the same scene completely different… 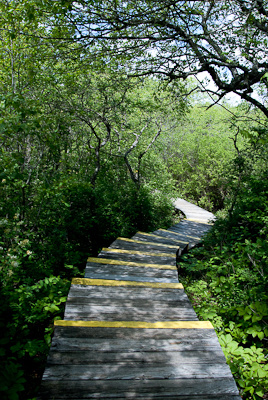 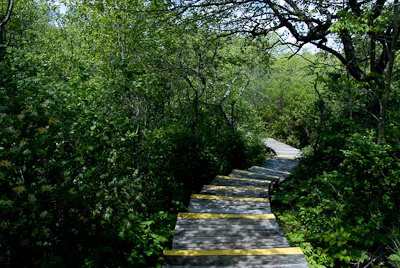 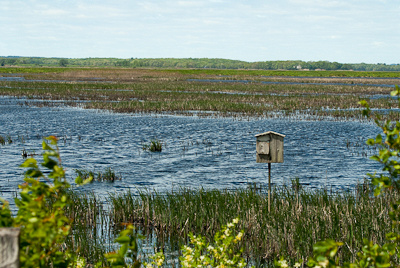 On to Gloucester
When it became obvious the birds were a no show I headed back South into Gloucester.  America’s oldest fishing port, Gloucester is the town the ship sailed from in the movie “The Perfect Storm”.  The town was founded in 1623 and is what you would think of as a typical New England fishing village.
This statue is a memorial to all those from Gloucester who were lost at sea. 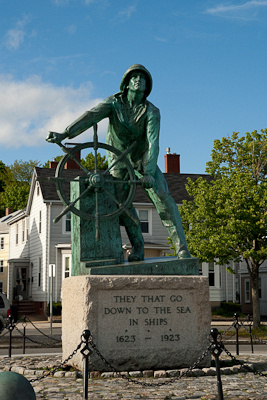 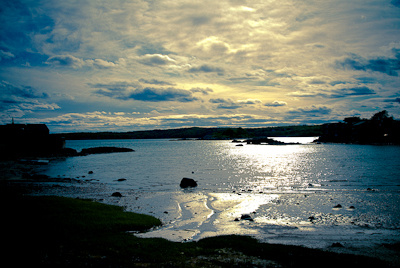 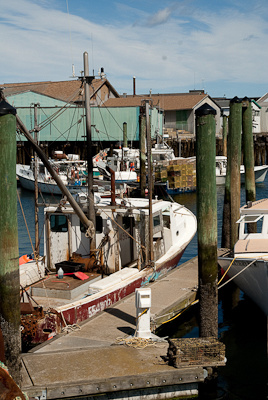 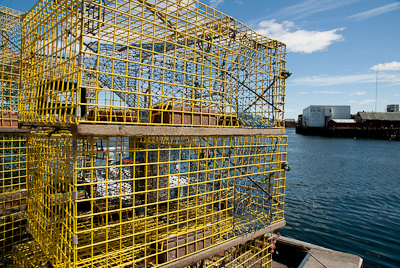 Of coarse when I saw all the lobster traps all I could think of was the scene in Julie & Julia where the husband is singing “lobster killer… lobster killer”
Seagulls
The seagulls in Gloucester didn’t seem to notice the wind – although it had reduced velocity a bit by then.   One of the locals warned me not to eat or even show that I had food – apparently they dive bomb you if you have french fries.  Since I didn’t have any food with me I was safe. 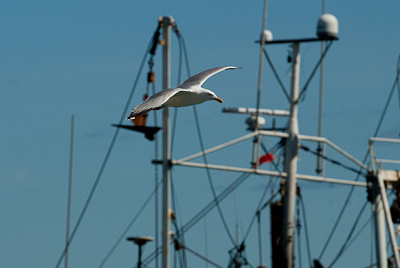 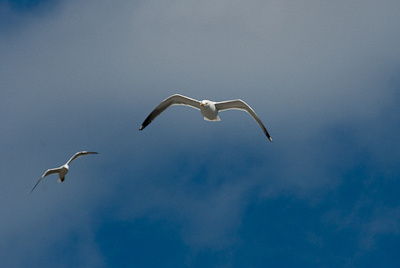 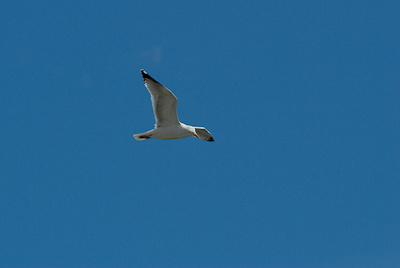 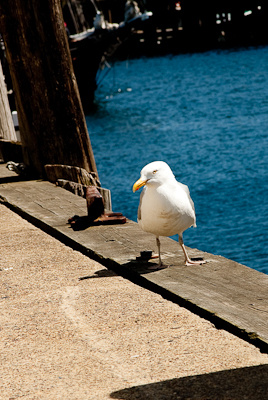 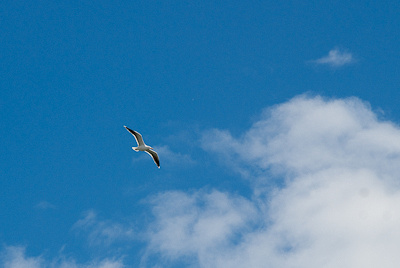 Heading Back
On the way back I went through some amazing scenic areas, including the small town of Rockport. 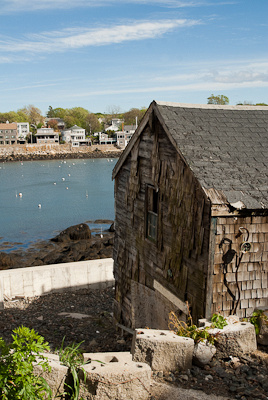 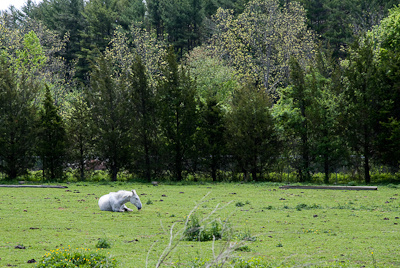