The wall began as a series of stone and earthen fortifications in the 5th century BC.  Building continued through the 16th century.   The most famous sections were built by 220 and 206 BC by Emperor Qin Shi Huang.  The wall was built from stone, wood and bricks from the near-by hills. 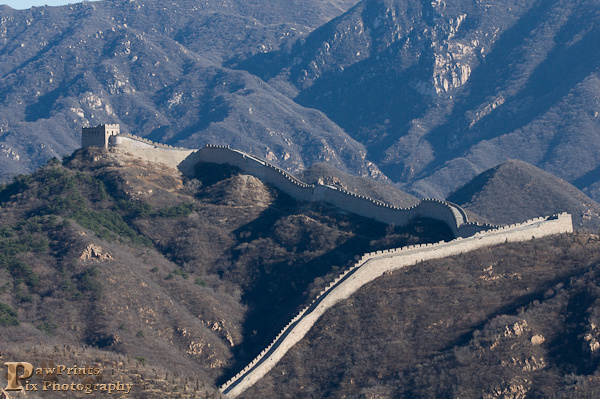 ﻿
While many sections of the wall have fallen in disrepair large portions have been repaired.   These are visited by streams of tourists.

One well visited section is about 45 minutes from Beijing in the Northern Pass of Juyongguan.   This section protected China’s capital.   It has many watch towers as it runs long some very steep slopes.
It was quite a climb.

﻿Along the way we met many vendors sell various souvenirs along the way.

﻿The View from the Wall
At Badaling there are 2 paths to take.  One less steep but much more heavily traveled. 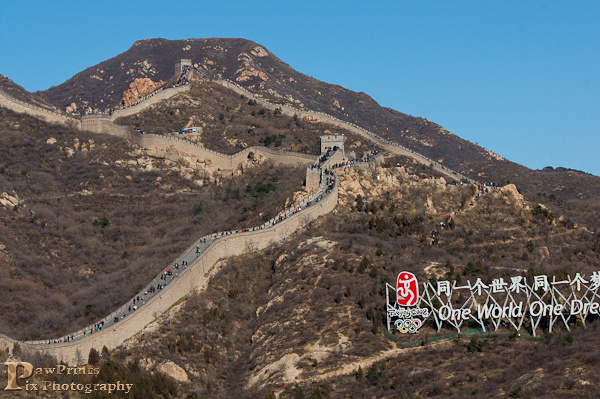 ﻿And one very steep and much less traveled. 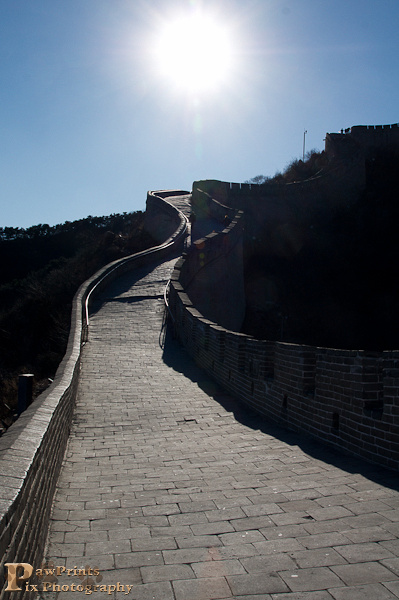 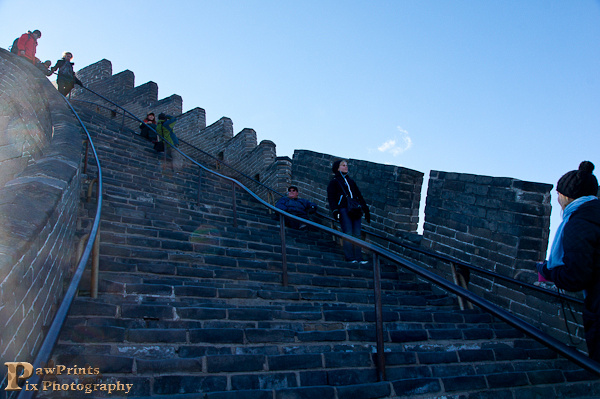 It was worth the climb – the view was fantastic. 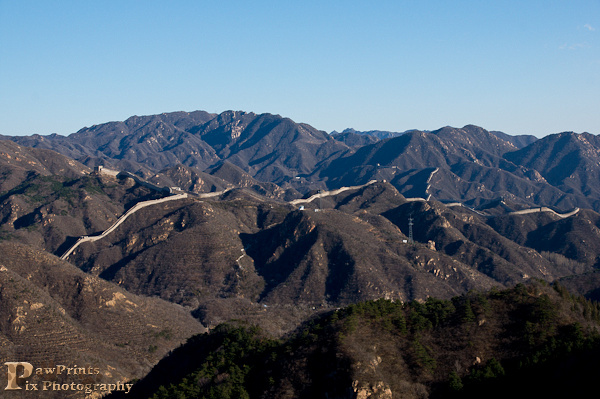