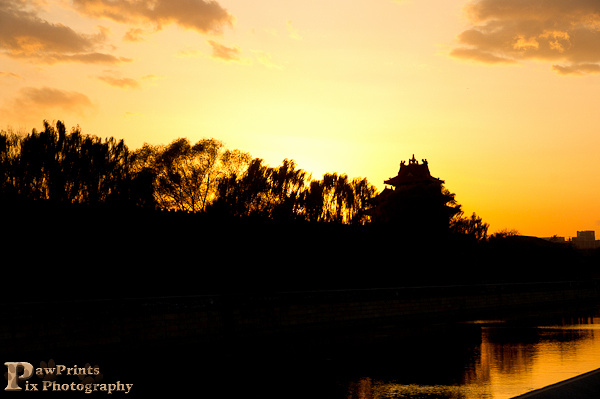 Called Gu Gong in Chinese, the forbidden city served as the imperial palace during the Ming and Qing dynasties.  It is in the heart of Beijing with the entrance right off of Tiananmen Square. 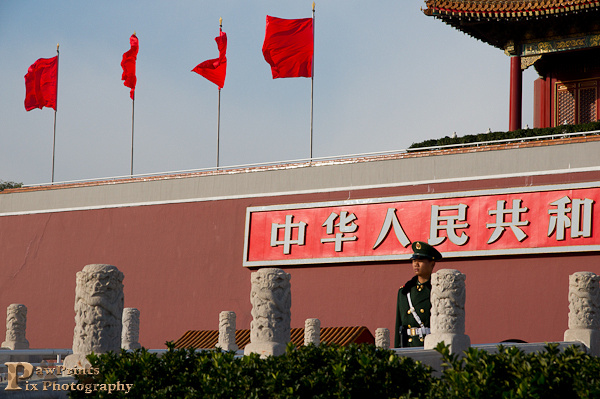 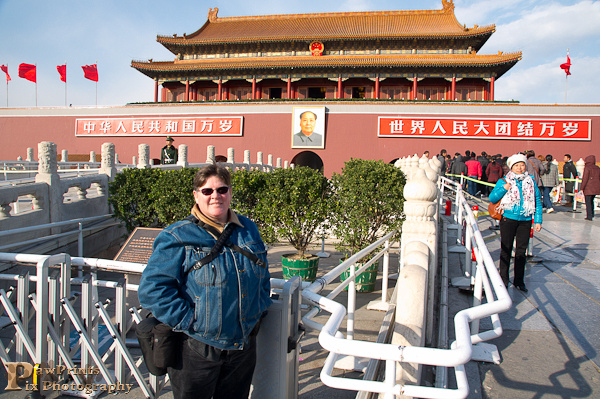 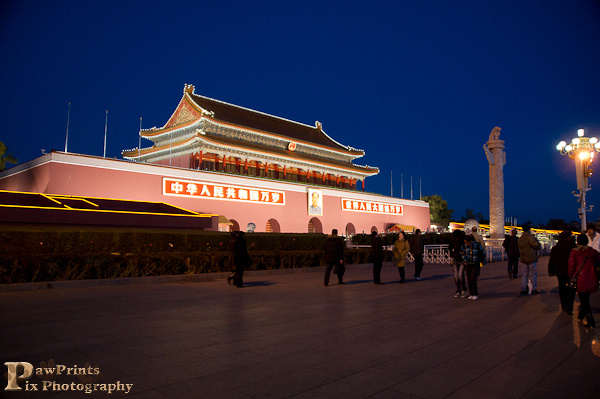 Everywhere we looked there were street vendors selling panda hats and Chinese flags.   The panda hats were selling well. 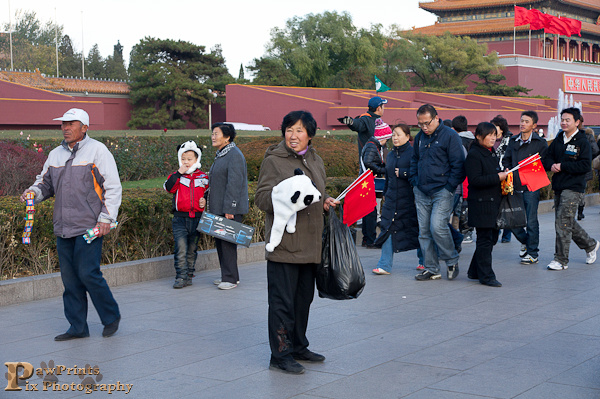 ﻿
Across the street from the entrance to the palace you could see marker for Chairman Mao’s tomb. 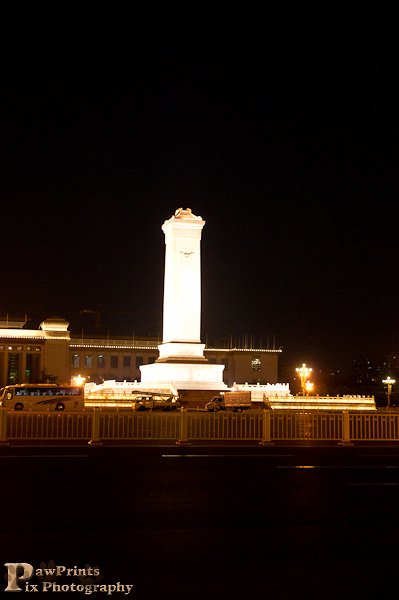 The Forbidden City
To entering the Forbidden City you pass through the Median Gate at the North end.   Once inside you’ve stepped into the past.  Construction on the forbidden city was begun in 1407.  It took 14 years to build.   It is said that it took 1 million workers and 100,000 artists to build.  The palace was home to the Chinese emperor until 1924.
The palace is laid out in a large rectangle.   As you travel from the entrance gate to the exit at the far end you will pass a series of pavilions each more important than the previous.   In front of each pavilion is a large square – large enough to hold 100s of people without noticing. 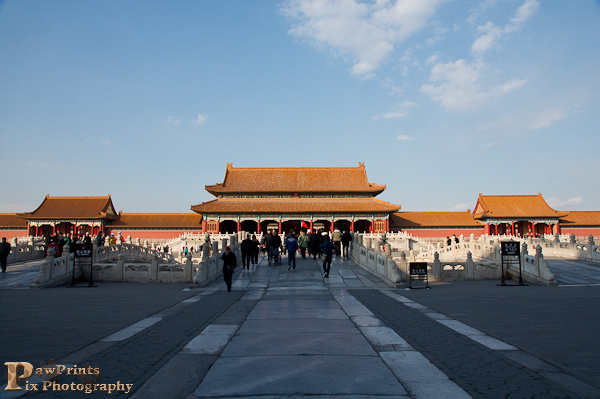 There are 9,999 rooms at that Forbidden City. 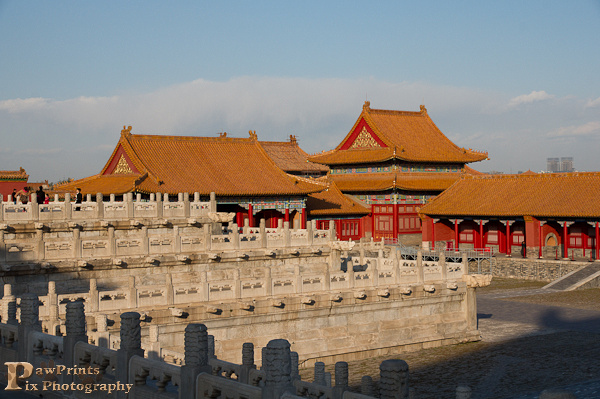 ﻿
There are a couple dragon walkways.   Ornately carved these walkways are flanked by stairs and lead up to the next level of the palace. 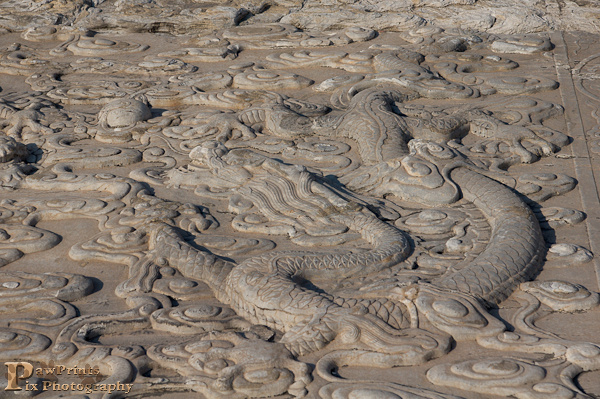 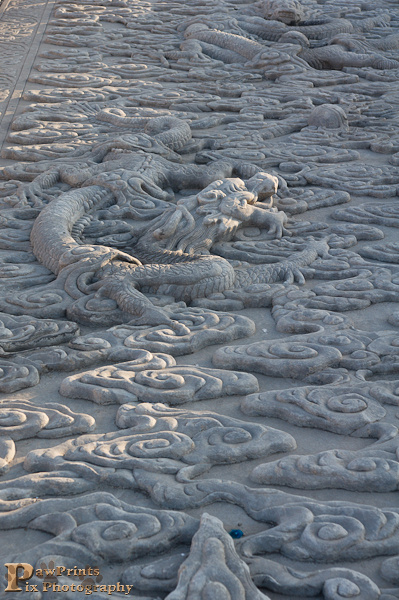 Yellow is the color of royal family.   It is the dominant color in the city.  The roof for most buildings are made of glazed yellow tiles.  At the corners of the roof where the roof panels meet sit the roof-figures.  This series of figures always begins with a man riding a Phoenix and ends with the imperial dragon.   The number of the figures in between varies – the more figures the more important the building.   The maximum number is 9.  I was fascinated by these guys so I took a lot of shots of them. 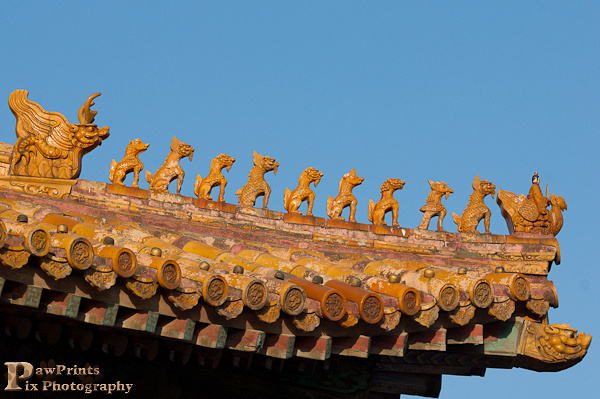 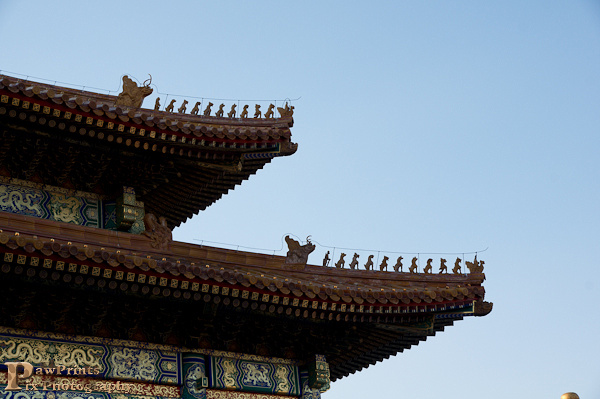 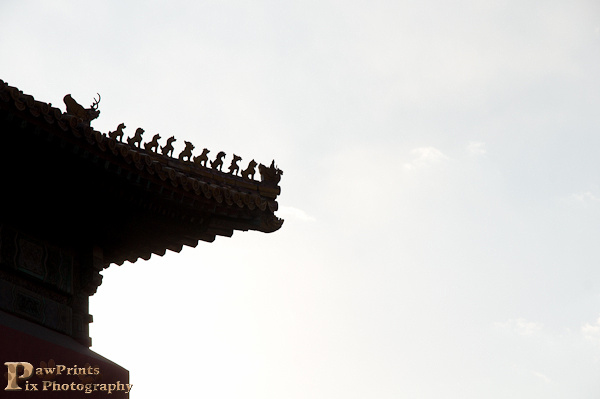 ﻿Amid splendor of the ancient buildings you will find fabulous art works. 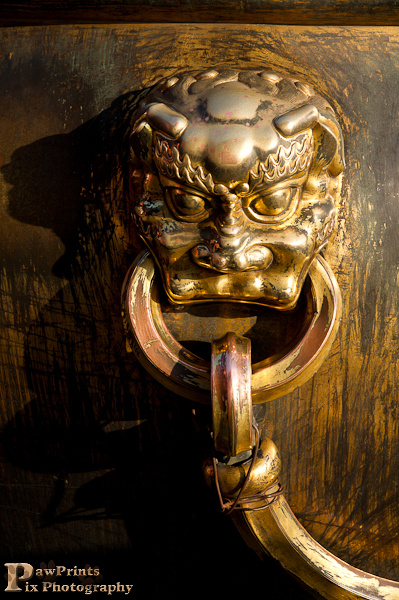 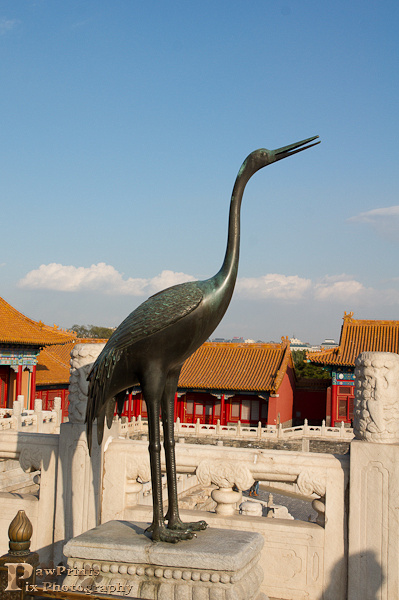 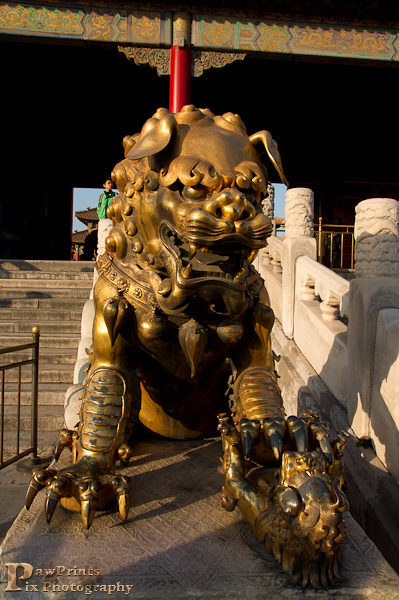 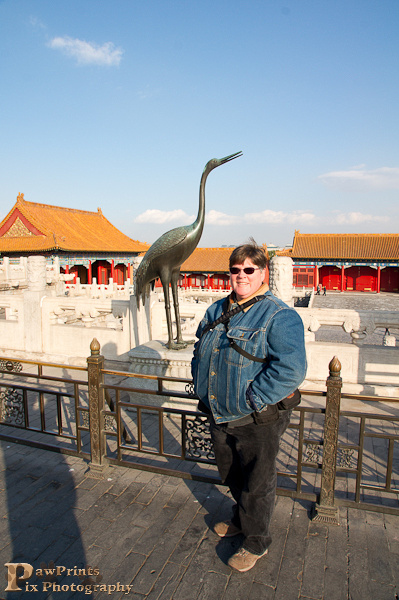 And people in panda hats. 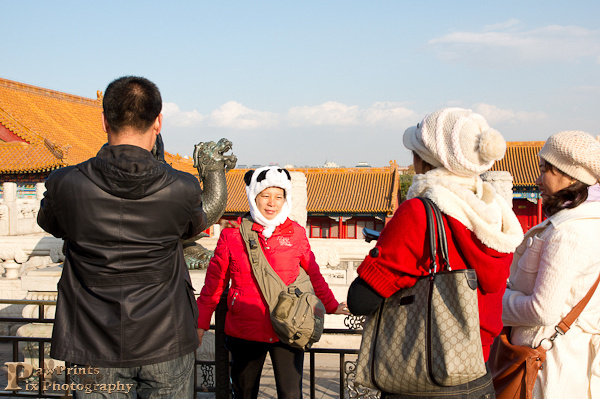 ﻿And in the distance the modern city of Beijing 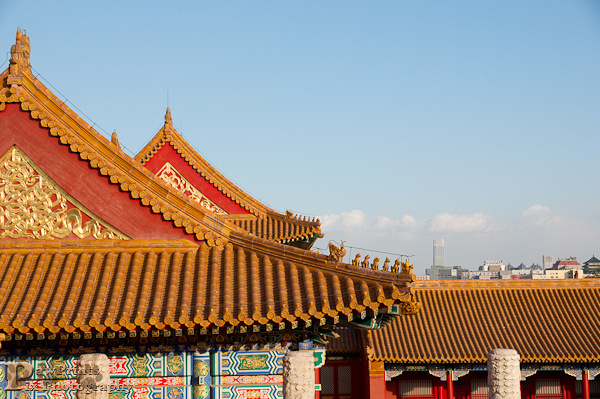 As we leave the Forbidden City and rejoin the present we once again find ourselves surrounded by street vendors.   Dennis ended up purchasing 3 books and 7 packs of postcards for almost nothing. 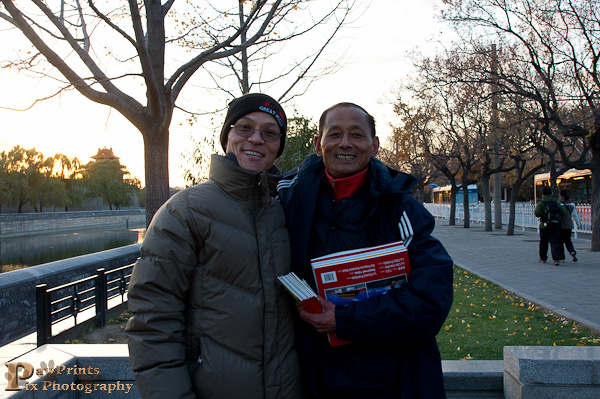 One last shot of the wall of the Forbidden City behind it’s surrounding moat. 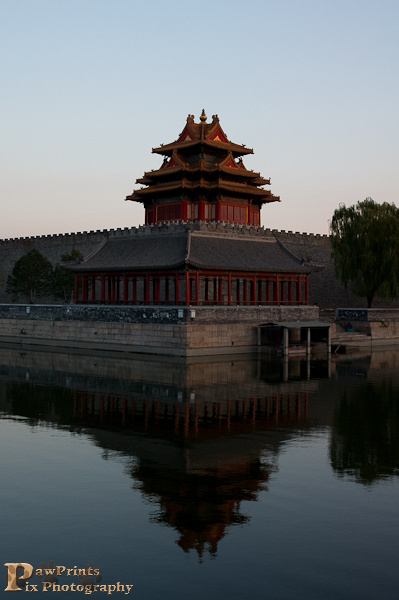